The World of Competition

Most of us know, skydiving can take us places we never expected to go. It’s one of the best things about it. We travel across the country for events, boogies, records and coaching. In the competition world, that exploration can extend FAR beyond the United States. World Cups and World Championships of Skydiving can take you to some pretty rad places like Australia, Norway, Czech, Bahrain, Dubai, Spain, Singapore, France, it goes on and on. It probably seems like a tall order to qualify to go to one of these competitions but it might be more accessible than you think.

QUALIFYING FOR WORLD EVENTS AS A NON-PROFESSIONAL TEAM

It’s true, World Championships are tough to qualify for, as only ONE team per country is invited to attend. SDC Core and Arizona Airspeed have those spots pretty well locked up right now. World Cups, however, allow up to FOUR qualifying teams to attend. Open FS is still pretty competitive and one of those spots can be hard to earn but there are some opportunities that often go unrealized.

There’s a journey involved, no doubt. For most teams, progression begins with competing in the Intermediate class, followed by Advanced and finally moving into Open. Open is the highest level of competition for any discipline. You must compete in Open in order to qualify for a world level event. Though it’s important to note, you do not have to qualify to compete in the Open class at Nationals. It is “open” to any team. A team is not required to win or podium in any of the lower classes in order to move up to Open.

The other thing that’s common about the progression of most teams, is they reach the Advanced class and……stop competing. Very few teams make the jump from Advanced to Open. It can be intimidating going up against professional teams. Achieving a podium spot in Open is next to impossible for anyone unwilling to make some pretty big commitments. So, how does this leave any opportunity for semi-pro or part-time teams? How does this equal getting to go to a World Cup?

The big opening here (indoor or outdoor) is that not every qualifying team is going to be able to attend the World Competition. At the qualifier for the recent Indoor World Cup in Belgium, 4 FS teams qualified but only 3 attended the event. In VFS only 2 of the 4 qualifying teams attended. Overall, there were 16 spots available for formation skydiving teams (4way FS, 4way FS Female, 4way FS Junior, 4Way VFS) and only 5 teams representing. Often, if a team qualifies but declines the invitation to go, the next team down in the standings can be offered a spot.

Teams refusing their position on the US delegation happens quite frequently. Especially when the competition will be hosted abroad. The last World Cup (outdoor) hosted outside of the United States was in Germany in 2017. There were 16 possible spots available across the formation skydiving events (4way fs, 4way fs female, 4way VFS, 8way) and only 6 fs teams attended the competition. Many disciplines, not just formation skydiving allow multiple competitors or teams to attend World Cups. The same lack of representation persists across most of those disciplines as well. 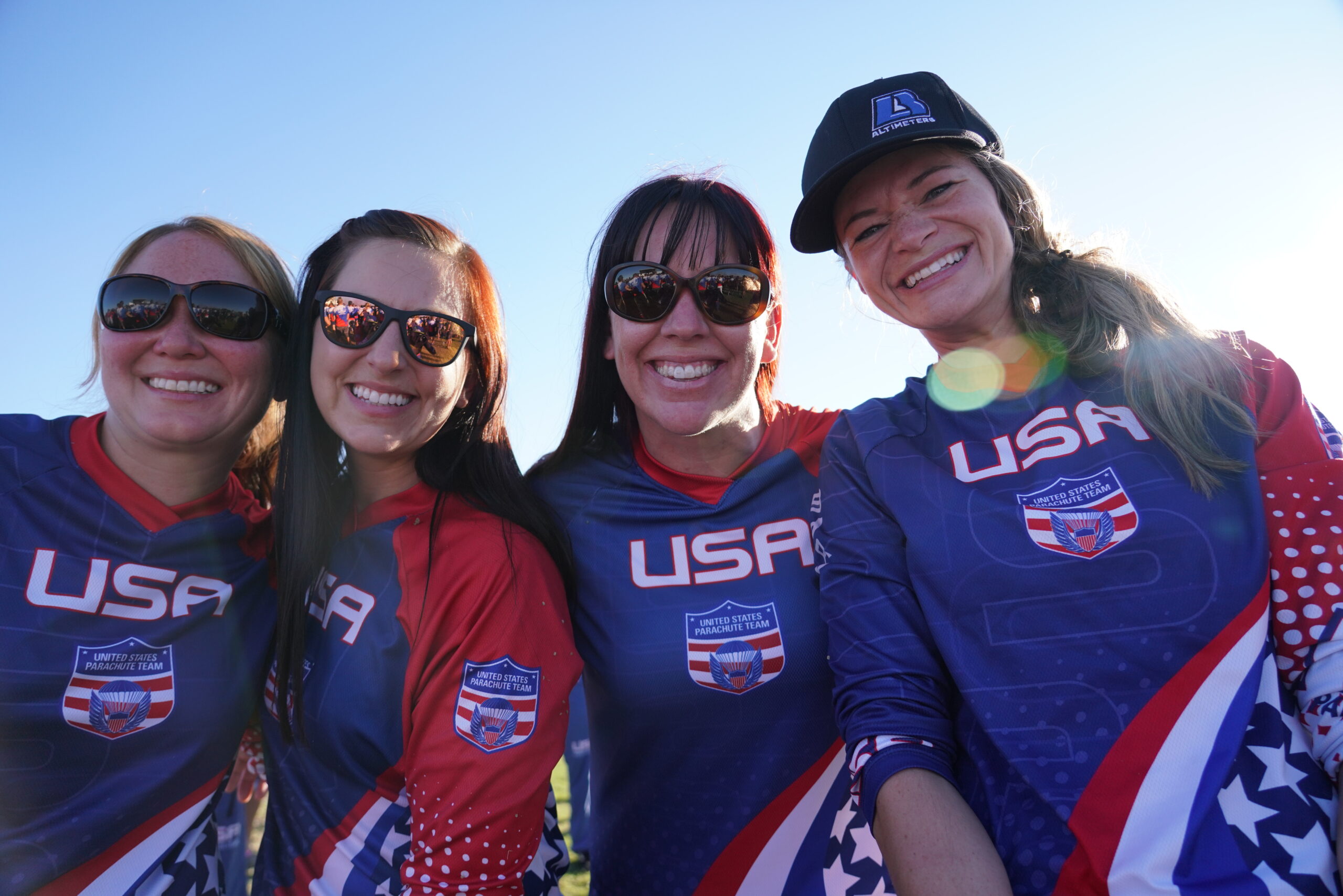 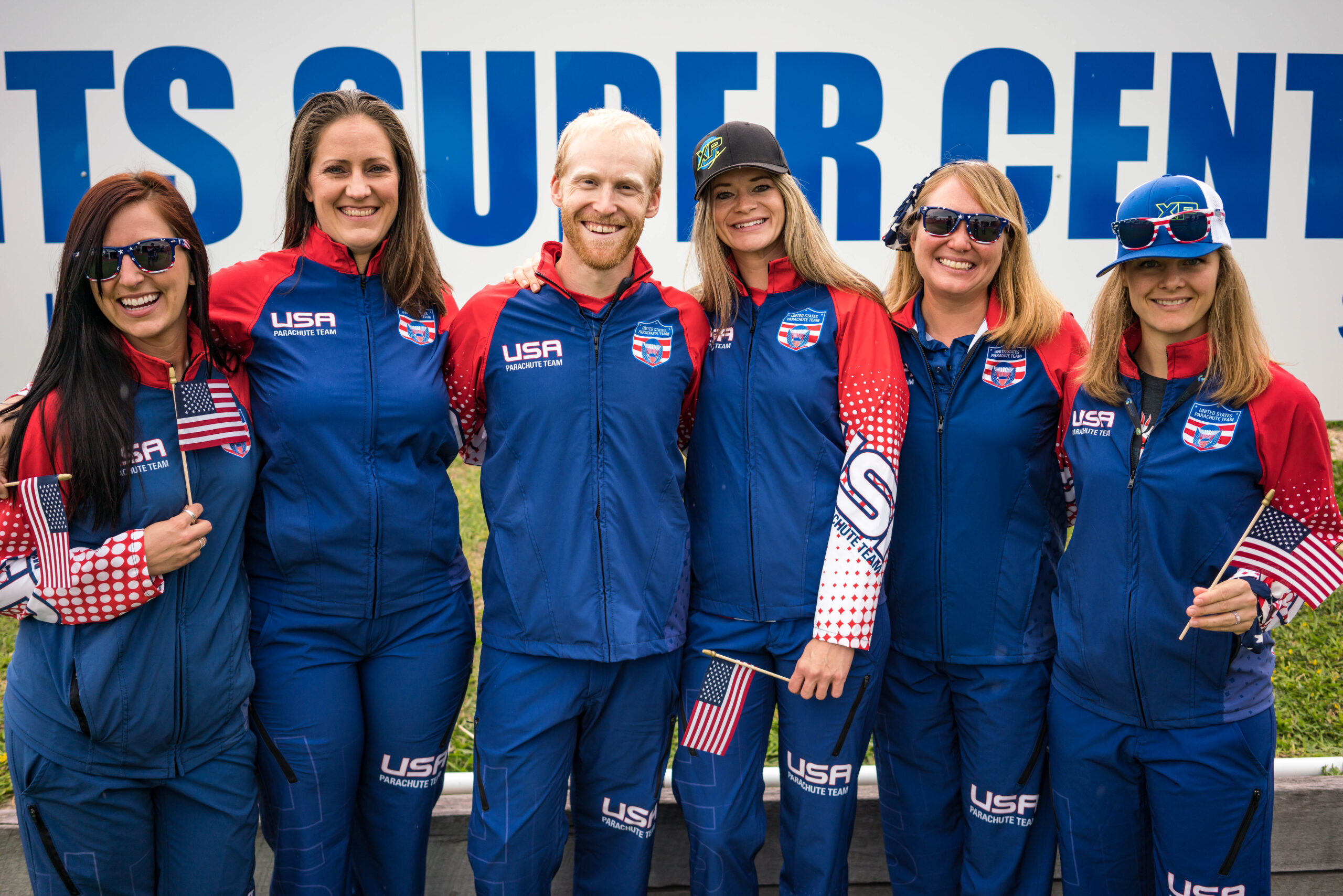 Another, often underutilized, opportunity falls within the Female category of 4way FS. Women actually make up a larger percentage of the competition field than they do of the general USPA membership. While there is still not a large number of women in skydiving, the women who ARE skydiving are doing it at a high and competitive level. If you can put together an all-female lineup (video can be male or female) and compete in the FS Open Class at Nationals, there’s a good opportunity to qualify for a World Cup. In 2019 and 2021 there were only TWO female teams competing in the Open class at USPA Nationals. In a World Cup year, that leaves TWO more spots available for teams to qualify, uncontested.

IT'S NOT JUST FOR THE PROS, DON’T SELL YOURSELF SHORT

The cool thing is, you don’t have to quit your job to do well enough to qualify for these events. Many jumpers are under the impression they’ll never make it to a world competition on a team that trains part-time. This is simply untrue. It can be a pretty realistic goal for a non-professional team that’s looking to move up from the Advanced class, if you’re willing to put in the time and effort. Both SDMW NEXT XP (FS) and SDMW Chemtrails (VFS), for example, qualified while still having the majority of their members working fulltime jobs outside of skydiving. If you’ve been competing in the Advanced class, consider making the jump to Open and throw your hat in the ring. There’s nothing to lose and what you might gain from a World Level Competition is immeasurable.

WHAT’S GOOD ABOUT A WORLD COMPETITION? 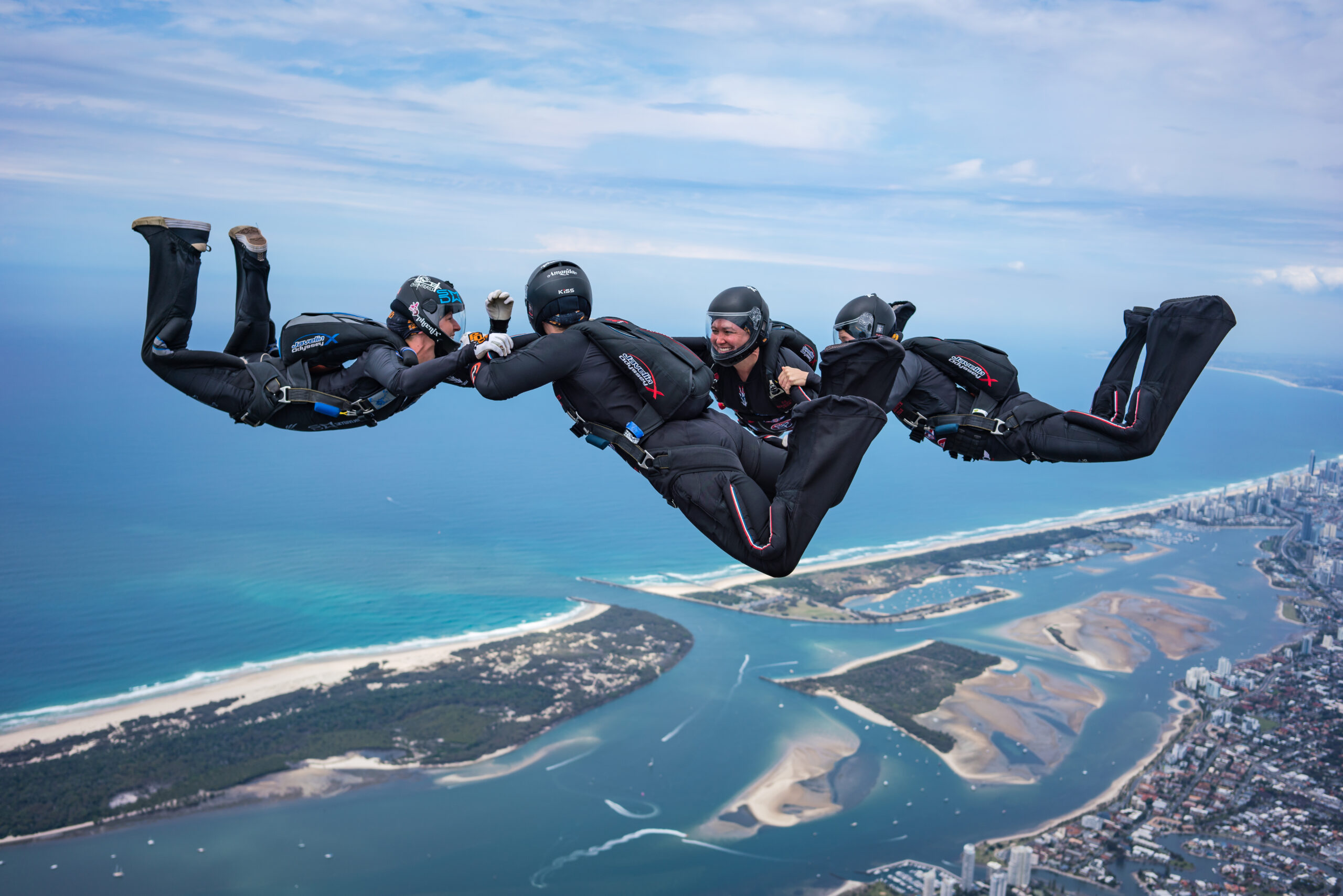 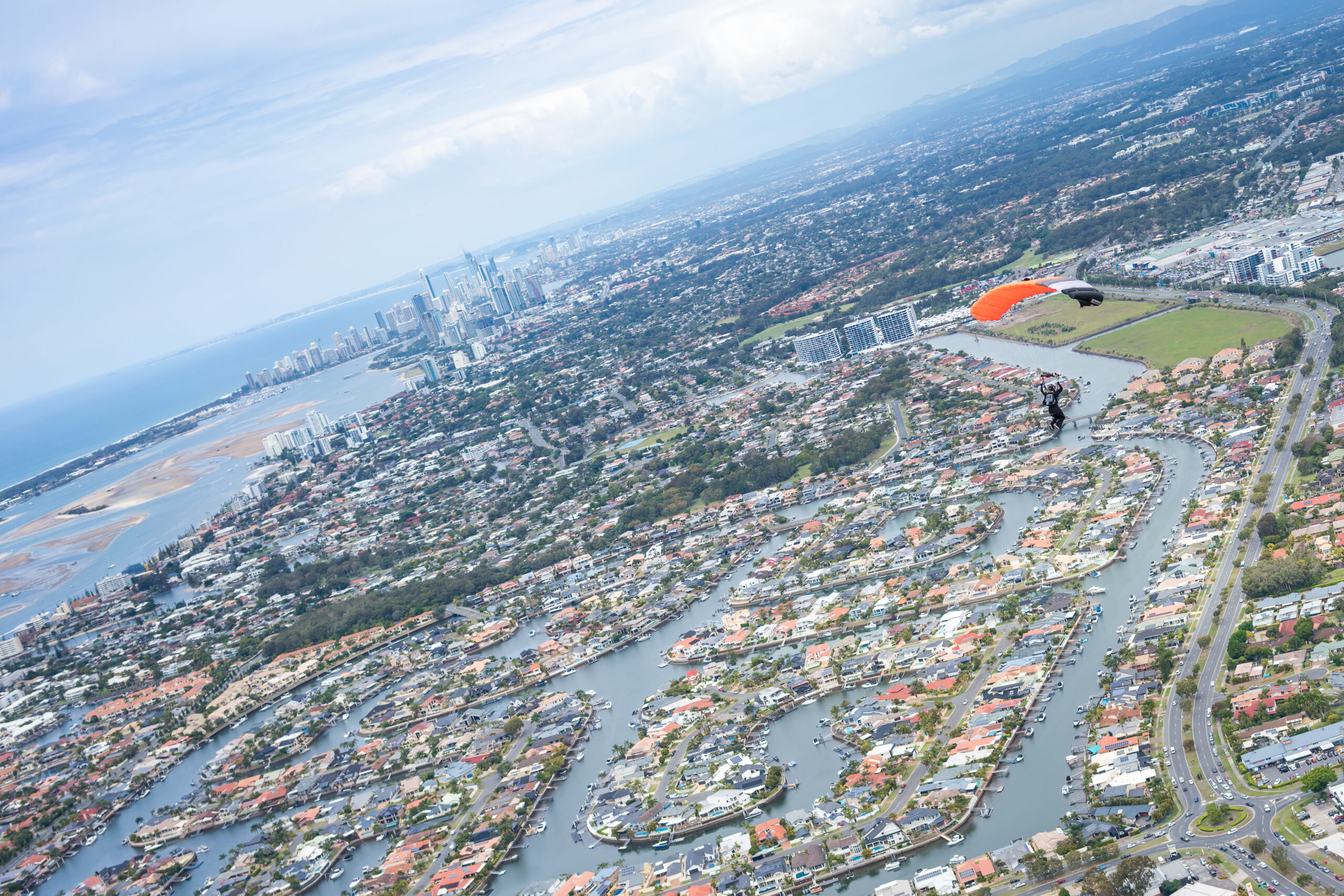 First, you stand to have a ton of fun. In Belgium for the World Cup of Indoor Skydiving, we visited Dunkirk, Waterloo, and Bruges. We consumed massive quantities of chocolate, cheese, bread and waffles. We drank Belgian beer, shared laughs and made memories with the other US delegates. We even got to rub elbows with some of our skydiving heroes from near and abroad. In Australia, for the World Championship of Skydiving in 2018, we got to make skydives over the incredible Gold Coast of Queensland. We could actually see whales breaching the ocean’s surface on our rides to altitude. We held koalas and fed kangaroos. The entire experience was surreal and unforgettable. 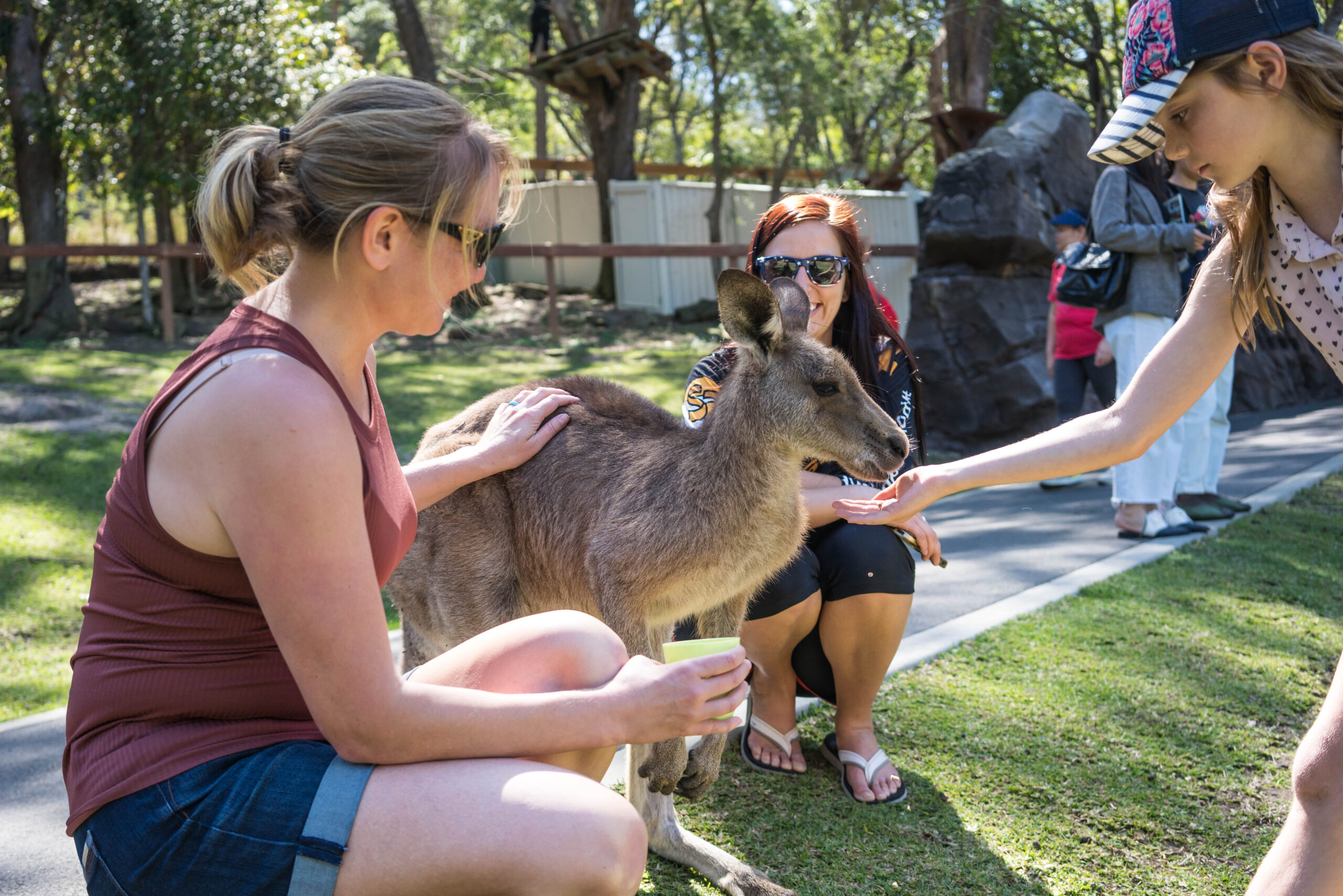 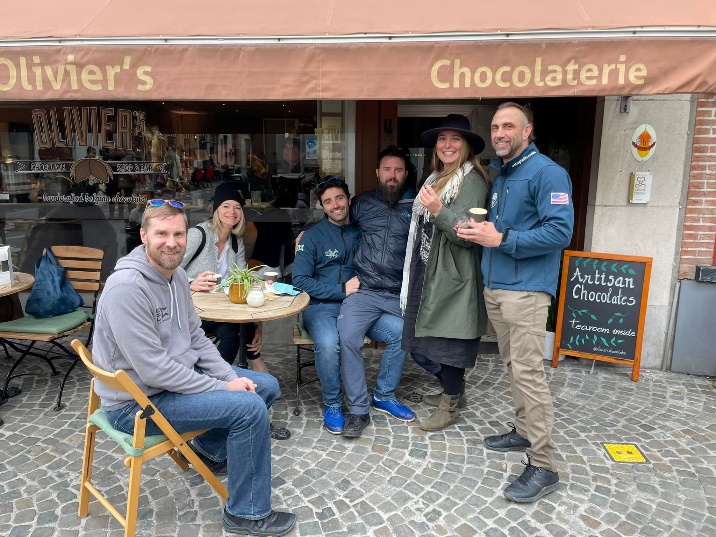 The second worthwhile thing that happens at a world level competition is, you get sucked into the pomp and atmosphere of it all. At a certain point it hits you; you’re no longer NEXT or Chemtrails or Phoenix XP. YOU are a member of the US TEAM. You are representing YOUR country. Rhythm and Airspeed and Core are no longer your competition but your TEAMMATES. Maybe it’s the opening ceremony, proudly waving your Nation’s flag, standing side by side with the rest of the delegation, all in red, white and blue. Or perhaps it’s hearing your country’s national anthem played as your US teammates climb to the top of the podium. Whatever it is that makes it feel special, you can’t help but get a little swept up in it. It’s feels like an honor…and it is. 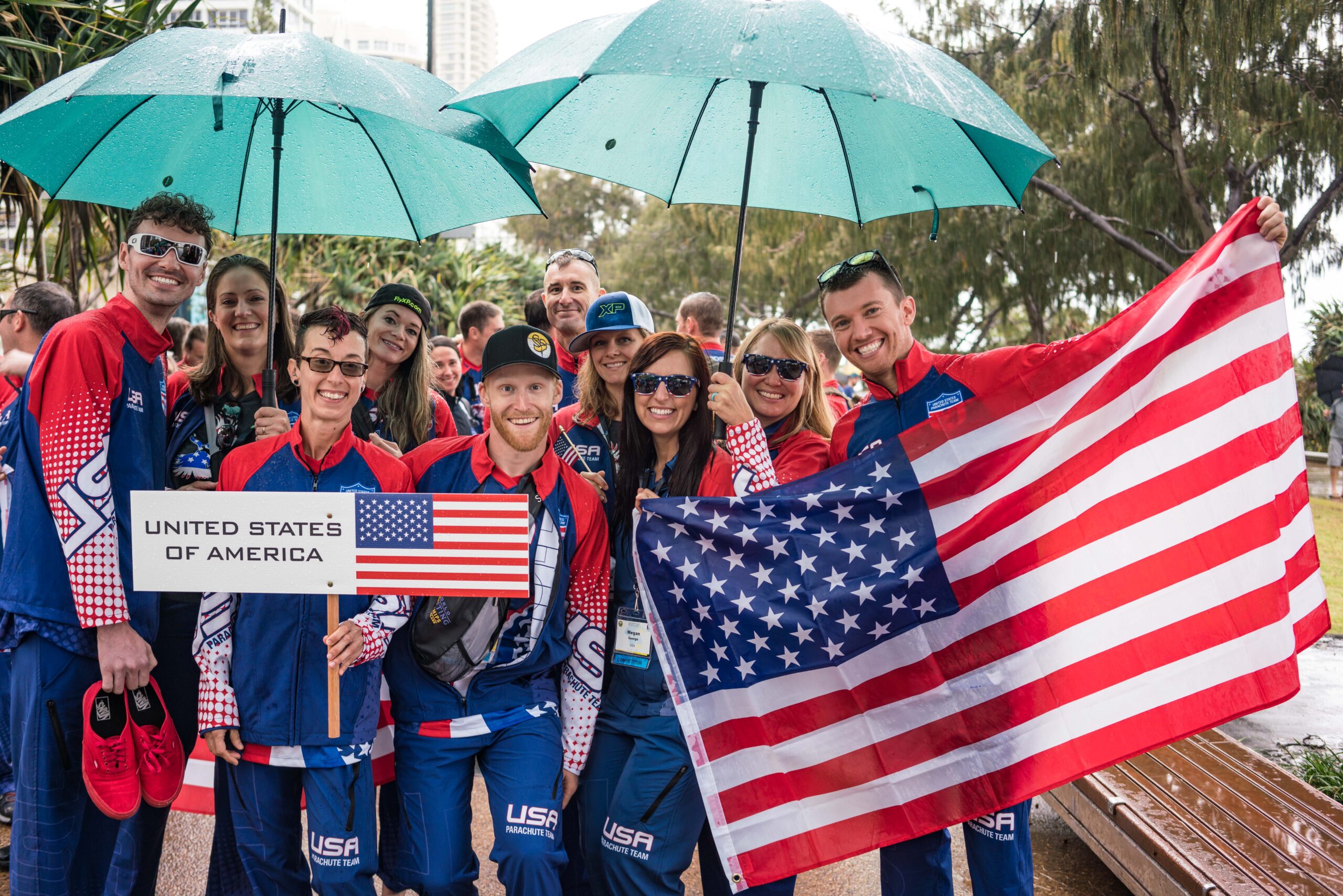 It’s an awesome training opportunity. Nothing can replace actual competition experience. You can’t simulate the nerves, stress and highs of competing. Testing yourself on a world stage is all of that intensity and then some. It’s exciting learning, round after round, who your competition is and where you stack up in the bigger picture. It’s also a bit of a “long-game.” Since a World Cup spans three days, and a World Championship is spread over five days, you get to have a “first jump of the day/comp” experience three to five times. You have to keep your energy up for multiple days in a row. You have to sleep on scores and performances for two to four nights, instead of just one. Talk about getting more bang for your buck from a training/experience perspective. 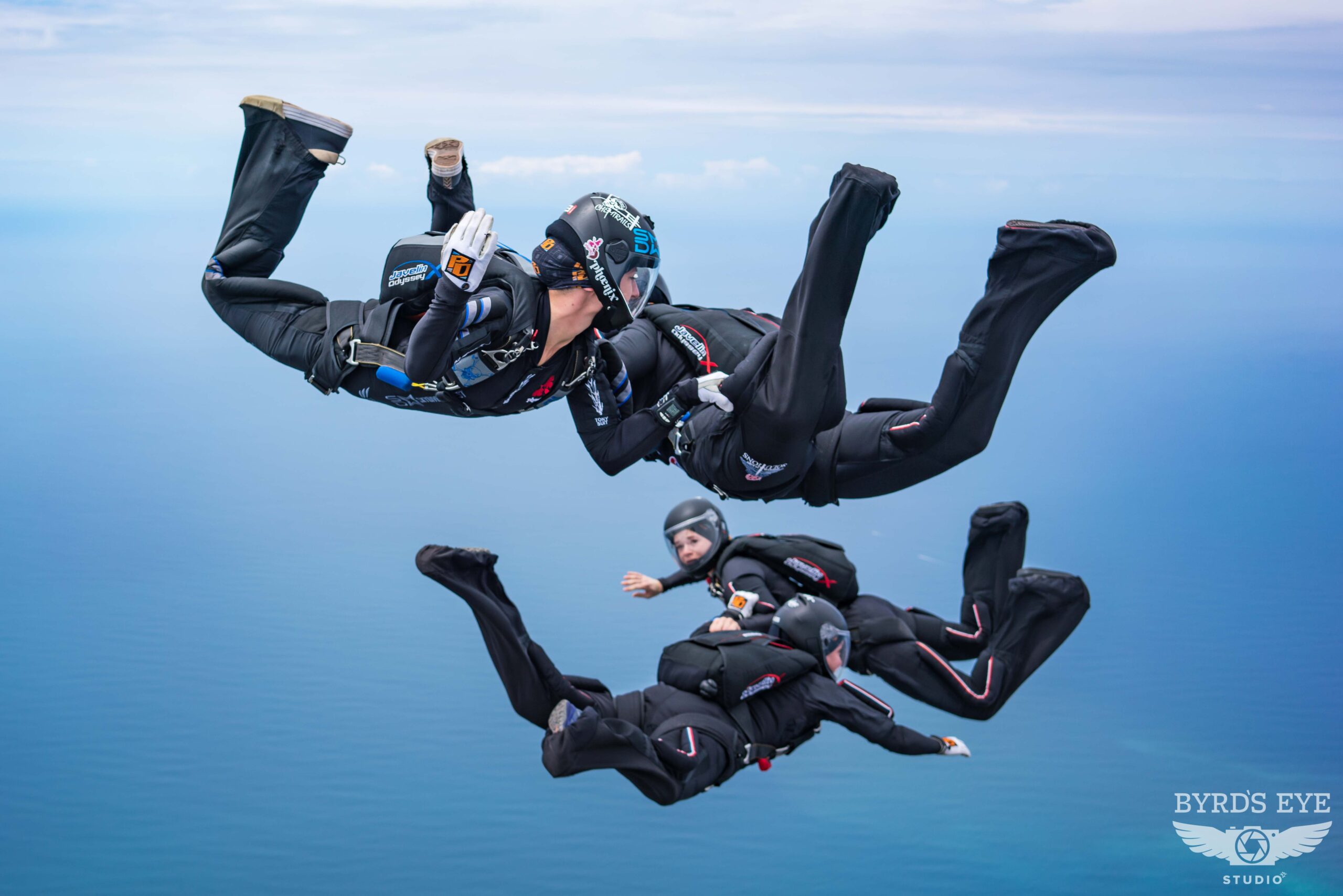 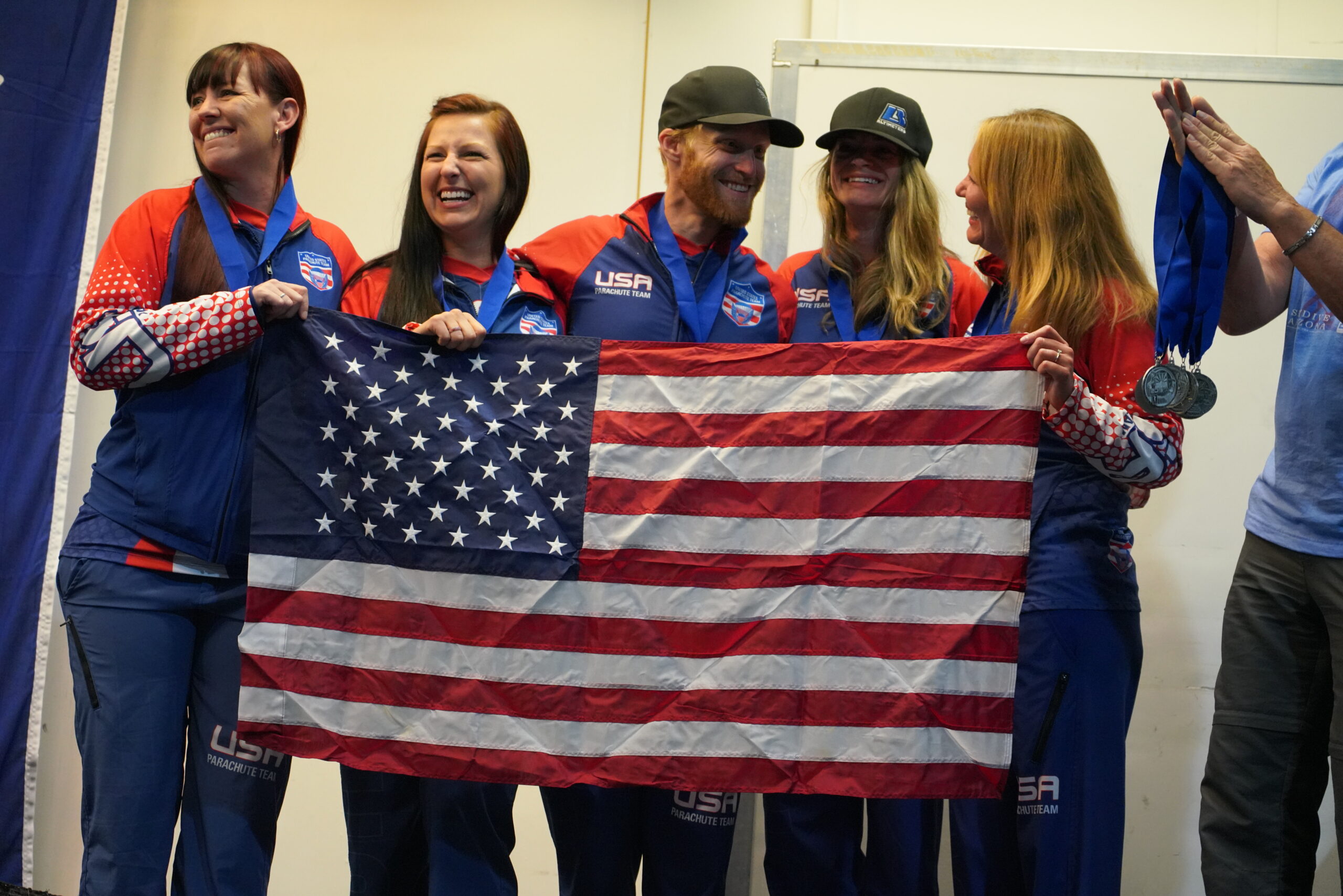 Last but not least, at the end of it all, there’s a big banquet with free food and booze. Followed by an epic party of boogie-like proportions. Remember, what happens at the World Cup, stays at the World Cup!

Anyone and any team have the potential to be a part of this incredible, once-in-a-lifetime experience. Traveling the world, representing your country, flying with your friends and testing yourself at the world-level could be within reach. All four of the spots available for each World Cup competition should be filled and they almost never are. Bolstering representation within the US Delegation, starts by realizing what’s possible. “The journey of 1000 miles begins with a single step.” 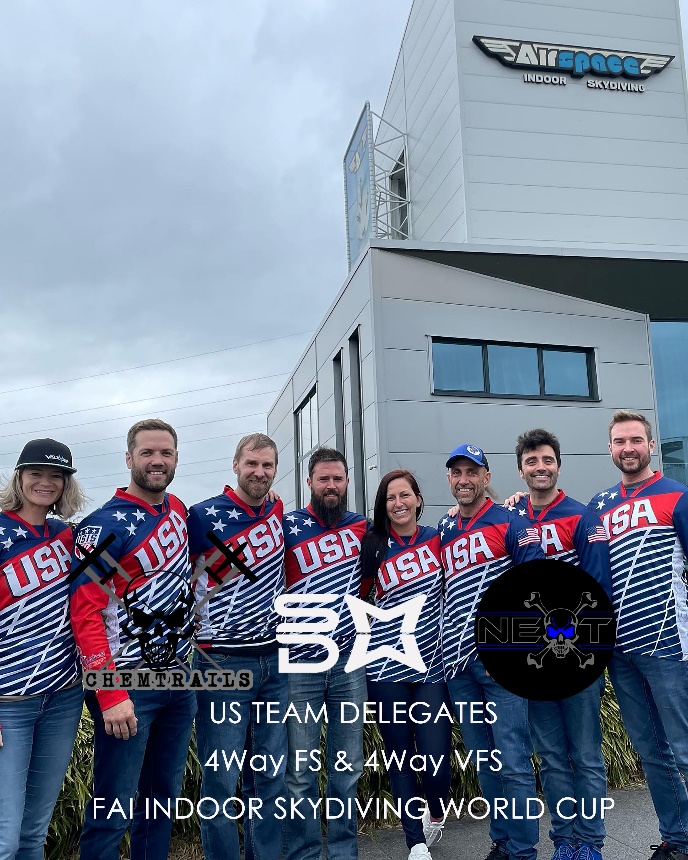 READY FOR THE THRILL OF A LIFETIME?